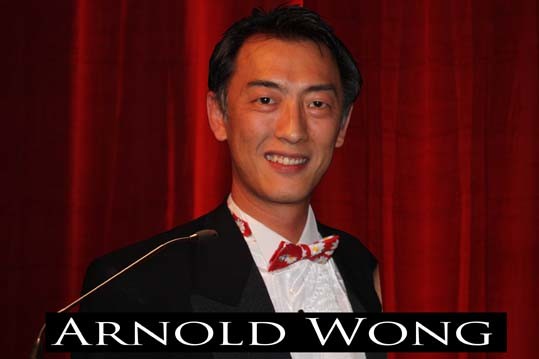 Arnold Wong was WAITTA Committee Chair, for the 21st and 22nd Awards

Taking over from Michael Coles, who in turn had taken over from the founder of the Awards, Jim Ellis OAM, Arnold said that the WAITTA Awards had been growing year upon year and was now supported by a considerable body of volunteers. Sue Findlay was now Chief Judge.

“This juggernaut is a year-round project, consisting of not just the Organising Committee, but also 8 subcommittees,” said Arnold, “with a total of 44 committee member positions, And this year we have 60 judging positions evaluating the 10 WAITTA categories. Even if I use a conservative estimate, these volunteer efforts equate to an amazing 2,500 professional hours this year”.

And as usual the Awards were strongly supported by Government, as they could see the huge value of the Awards to the State. In attendance at the 21st Awards were, his Excellency Mr Malcolm McCusker, AC CVO QC, Governor of Western Australia & Mrs McCusker; Mr Tony Simpson, MLA, Government Whip and Member for Darling Range

“Top footballers win the Brownlow Medal,” said Arnold, “top Cricketers win the Allan Border Medal, top painters win the Archibald Prize and the film industry has the Oscars. And likewise, WAITTA is a mark of success for those who made it to the top of the ICT Industry in WA.” And he recalled the first Awards, 21 years ago, when the Honourable Geoff Gallop gave WAITTA its unofficial title of, “The Logies of IT”.

An all WAITTA finalists would now go on to compete in the 2012 iAwards, and have the opportunity to represent Australia in the Asia Pacific Information Technology Awards (APICTA).